The CRA is ramping up their their efforts to crack down on offshore tax evasion. With some recent success in bringing in previously uncollected taxes, the CRA is currently contacting around 350 individuals and 400 businesses who have financial dealings on the Isle of Man. This investigation comes after the Panama Papers leaked information on offshore tax companies. To date, the CRA has begun 60 audits on potential tax evaders hiding their money in offshore locations.

To support the increased CRA activity, the 2016 budget has dedicated $444 million over the next five years. This funding will help the CRA hire 100 additional auditors and set up new programs specifically designed to prevent tax evasion schemes. In addition, the CRA estimates that these steps will bring in more than $2.6 billion in uncollected tax revenue for the Canadian government.

One of CRA’s initiatives is to form an independent advisory committee to provide important advice on aggressive tax planning and offshore tax evasion. This committee will be comprised of seven professional experts with judicial, legal and tax administration experience. The advisory committee is planning on assisting the CRA with:

• How to measure the tax gap between what taxes are owed and what taxes have been paid.

• How to develop effective strategies to discourage the practice of offshore tax evasion.

• How to improve criminal investigation procedures.

• How to recognize the practices of aggressive tax planners and other questionable tax schemes.

• What other international tax agencies are doing with their collection efforts.

These additional measures are a direct result from public pressure about the CRA. In fact, the New Democratic Party is pushing for a detailed investigation into CRA’s involvement with social events held by CPA Canada in 2014 and 2015. Whether or not the CRA demonstrated poor judgement in attending these events, the good news is that they are taking strong steps now to deal with offshore tax evasion.

Stay tuned for our upcoming blog post where we discuss the ways you can be prepared for an audit as well as your rights as taxpayer.

Is There Any Truth Behind the Capital Gains Rumours?APBS Blog 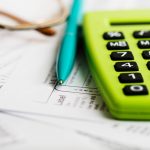