Is There Any Truth Behind the Capital Gains Rumours?

There has been a lot of talk recently about Liberals raising the taxable rate on capital gains for Canadians. Even though the Liberal party never campaigned on this particular issue, the rumours have many people concerned about the potential change in the current capital gains rate. Currently, capital gains are taxed at 50 per cent for stocks, mutual funds and property. However, capital gains have been taxed at a higher rate in 1990 when the inclusion rate was at 75 per cent. Since rumours are running rampant about a potential tax hike, investors are seriously considering selling their assets to prevent paying higher taxes. With the possibility of a new tax deadline or an unexpected grandfather clause, they feel that selling off assets before the government’s federal budget is announced could be beneficial. At the same time, some investors want to keep their assets instead of panicking prematurely over rumours.So, who would be affected the most by a hike in the capital gains inclusion rate? In 2013, less than 10 per cent of Canada’s 27.1 million tax returns included some form of taxable capital gain. Even at the current levels, the partial inclusion rates bring in around $12.1 billion each year for the government. While a change in the capital gains tax rate could raise additional funds for the government, many Canadians would probably consider sheltering their investments to protect their income. In the end, high income investors would be the ones who would mainly take a hit if they did not choose to put their investment money elsewhere. At the same time, many Canadians who have second properties or other investments outside of tax-sheltered accounts could see more of their money going towards taxes.Whether the capital gains rumours are true or not, several economists speculate that any large change to the capital gains inclusion rate would be difficult to implement or track in the current complicated tax system. Moreover, many real estate professionals feel that the majority of the housing market will not be hurt if there is an increase in future capital gains taxable rates because principal residences are exempt from this kind of tax. On the other hand, secondary residences, like cottages or vacation homes found in resort towns, would be affected by an increase in the capital gains tax. 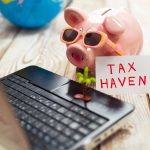 The CRA is on the CaseAPBS Blog 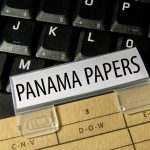